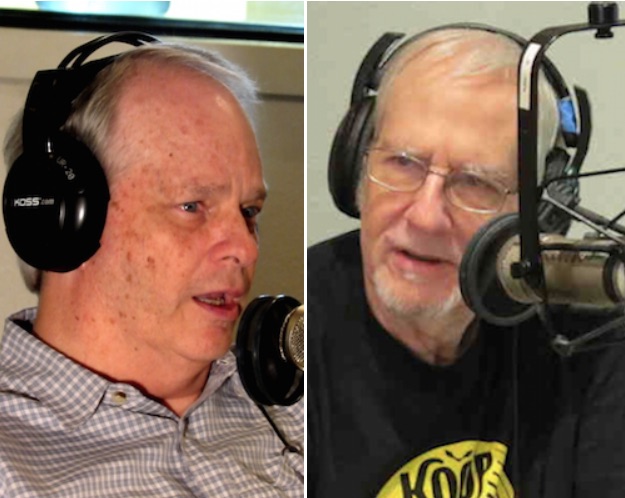 Host Thorne Dreyer and Rag Radio political analyst Glenn Smith give us their unique view of the news. "Digging In" is a regular feature on Rag Radio. Smith and Dreyer talk about Beto O'Rourke and his new, national star status -- and handicap his race against Ted Cruz. Glen did a TV interview about the upcoming Willie Nelson/Beto O'Rourke concert event and said, “Beto could do for Texas politics what Willie did for music: both are innovative, fresh, committed, skilled, with star power." We talk about Trump who, according to Smith, may be nearing the end. Glenn says: "He's cracking up. For real." Plus health care and how it's soaring as an issue in the polls. And we also address the question: How organized are Democrats here and around the country? Noted Democratic strategist and Rag Radio political analyst Glenn W. Smith, the director of Progress Texas PAC, is an op-ed columnist for the Austin American-Statesman, a columnist for The Quorum Report, and a former political reporter for the Houston Chronicle and Houston Post. Glenn worked for Texas Lt. Gov. Bill Hobby and the late Sen. Lloyd Bentsen, served as a senior fellow at George Lakoff's Rockridge Institute in Berkeley, and managed Ann Richards' victorious 1990 Texas gubernatorial campaign. Glenn has been with us on Rag Radio more than a dozen times. Photos above: Rag Radio host Thorne Dreyer, left, and news analyst Glenn Smith. Photos by Roger Baker / Rag Radio.Rag Radio is produced in the studios of KOOP 91.7-FM, an all-volunteer, cooperatively-run, solar powered community radio station in Austin, Texas, in association with The Rag Blog and the New Journalism Project, a Texas 501(c)(3) nonprofit. It is streamed live on the Internet at KOOP.org and Radio Free America. The host and producer of Rag Radio, Thorne Dreyer, is a prominent Austin-based activist and writer who was a pioneer of the ’60s underground press movement. The show’s engineer and co-producer is Tracey Schulz and the staff photographer is Roger Baker; Suzy Shelor is Rag Radio associate; Alice Embree is guest host; and Glenn Smith is our political analyst. The syndicated show is broadcast (and streamed) live Fridays, 2-3 p.m. Central) on KOOP, and is later rebroadcast and streamed on WFTE-FM in Mt. Cobb and Scranton, PA., on Houston Pacifica's KPFT HD-3 90.1, by KKRN, 88.5-FM in Round Mountain, CA, and at WALHRadio.com in Wilmington, OH -- and as a featured podcast at Veterans Today. Learn more about Rag Radio here.